Colorado Cannabis Laws: The Dos & Don’ts of the Centennial State 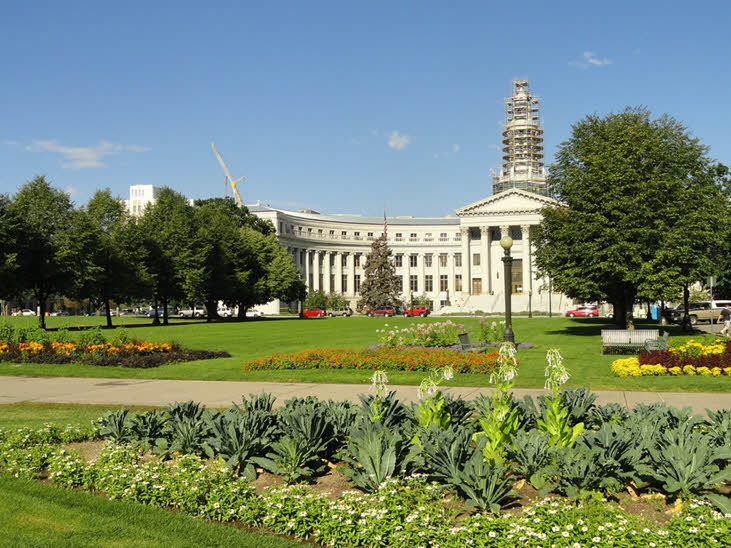 Long before marijuana became a media darling in 2016, Colorado has been home to some of the most well-known cannabis advocates. These movers and shakers pioneered not only nationwide legalization, but the benefits of the marijuana plant in general – whether consumed via vaporizers, joints or vape mods. It isn’t surprising that Colorado was one of the first states to fully legalize marijuana, and is the number one destination in America for “cannabis tourism.” Incidentally, the only other destination in the country is Washington State.

But just because Colorado has virtually led the nation in marijuana legalization, you shouldn’t expect a free-for-all. There are still prohibitions and regulations worth taking note of. So before you head over for your next cannabis tour, be sure to give this post a once-over. After all, citations can be a serious downer, and it pays to keep yourself on the right side of the law.

Possession Anyone can buy and carry up to an ounce of cannabis in Colorado as long as they are 21 or older. This can be cannabis in any form as in flower, cartridge, concentrate, edible or topical. However, you must be able to provide valid ID if asked to verify your age. Government-issued photo identification like a license or passport work fine; library or video rental membership cards are not recommended.

Public Consumption Under the state’s Amendment 64, marijuana “may not be smoked openly or publicly” in Colorado. This means public transportation hubs like cab stops, train or bus stations; parks, playgrounds, and plazas, or open-air music and sport venues. As the law states, “discretion is appreciated, and usually required.” Failure to comply results in fines of up to $2,500.

There are harsher penalties for smoking weed on federal land, with fines of up to $5,000 and six months in prison. Federal land includes state ski resorts, as well as national forests, parks, or monuments.

Clean Air In tandem with public consumption restrictions, Colorado’s Clean Air legislation prohibits smoking altogether (that means weed and tobacco) in public indoor spaces like office buildings, bars and cafes. Basically, unlike in Amsterdam, you’re kindly but firmly encouraged to enjoy marijuana in the comfort of where you’re staying. That is, unless your hotel or lodging has private smoking restrictions of their own.

Recently, a number of lounges and cannabis clubs have started opening their doors all over the state. The only caveat is that they operate on a “bring your own weed” basis, but they’re nonetheless very good places for tourists and residents to socialize and discuss their favorite plants.

Limits on Purchases Before June 2016, tourists could only buy up to 7g of cannabis in a single daily transaction, while state residents could purchase up to 28g. The law has since been revised, and both residents and tourists can buy up to the 28g limit.

“Single daily transaction” is the phrasing of the law; while there isn’t a state-unified database as of this writing, it wouldn’t be a good idea to go from dispensary to dispensary racking up several “single transactions.” There are CCTV cameras at every store.

Export/Transport of Cannabis While it might seem tempting to bring some of Colorado’s finest back home with you, it’s against the law to drive, fly or walk across state lines with Colorado Cannabis in your possession. This is mostly because the states bordering Colorado haven’t all legalized marijuana themselves, and challenging their laws could put you on a collision course with the DEA.

Many visitors have also tried mailing marijuana home to no avail; US Postal Service inspectors intercepted 207 packages of weed in 2013 alone, and 320 more the following year. The mailing of illegal substances using federal services is a serious crime. Depending on the laws in relevant states, the mailer and addressee could face fines, jail time or both.

Driving While High Colorado has set a legal limit for the allowable level of active THC in motorists. If drivers are found to be driving with over five nanograms of THC in their system, they are considered to be driving under influence (DUI) and could face state action.

High on Economy, Low on Crime: The Benefits of Regulation

And that wraps up our definitive list of ways to stay out of trouble, leaving you free to soak up as much of Colorado’s cannabis culture as you can. While there are a number of common sense laws in place, the Centennial State is definitely the cannabis Mecca of America. This is why over 50 dispensaries have situated themselves there, and sales topped $1 billion in the first eight months of 2017.

The cannabis industry has been wonderful for Colorado, and not only in terms of considerably reduced crime rates. Tourism numbers have risen sharply in the last five years, with thousands of Americans and international tourists pouring in annually for a holiday in the green. This naturally leads to increased revenue at local inns, hotels and establishments. The skyrocketing economy has in turn drawn hundreds of entrepreneurs, investors and apothecaries from all over the country to do business in the liberal haven.

While other states ponder and debate the potential risks of legalizing recreational marijuana, Colorado serves as an example of successful implementation. With dramatically lower crime rates and a thriving economy in recent years, the Centennial State helps undecided voters with statistical evidence. Every few months, waves of new pioneers are sent throughout the country in the form of returning visitors — fresh from a green vacation within Colorado’s verdant state lines.